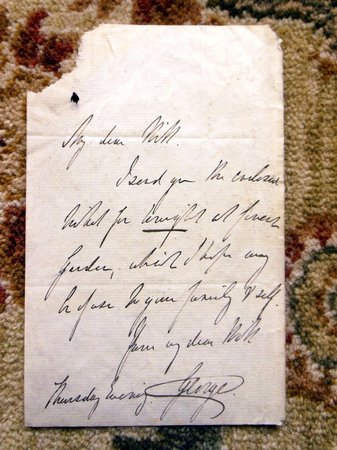 Handwritten letter on a 4.5" x 7" piece of laid-paper, written on one side only. The letter is undated.

A personal and warm letter. I can make out some of the writing, some I cannot.

Condition: The letter has a piece missing from its upper corner, a pea-size hole, corner wear, and some creases, but is still solid, bright, clean and clear. Hopefully the images give you a good idea of the letter and its condition.

There is much about Prince George, Duke of Cambridge, and Commander-in-Chief of the Armed Forces, including a rather comprehensive piece on Wikipedia.