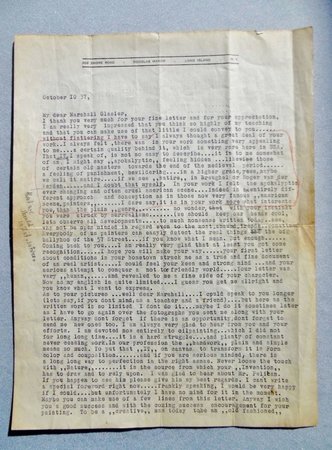 The letter is typed on the front side and on half of the back side, is hand signed at the end of the typed portion, then handwritten for half a page beneath the signature.

The front typed side of the letter has a pencil margin note that is clearly in Grosz's hand, and a red pencil circling of one section. It also has a number of small, handwritten corrections, also in Grosz's hand.