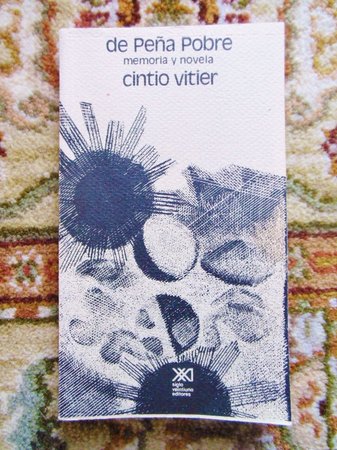 It is possible that the title page was excised and sent to Cintio Vitier for his signature and then reattached upon its return with signature, because the page looks a bit like it was tipped in, though very well done. Perhaps this was done by Palance himself, wanting a memento of his role as Fidel Castro. Otherwise the book, including the title page, is in FINE condition, tight, bright, sharp and clean. The spine is not creased, the book looks and feels unread. 1978 FIRST EDITION, LIMITED EDITION, SIGNED by AUTHOR, with JACK PALANCE ASSOCIATION. Rare as such. About CINTIO VITIER (from Wikipedia): ******Cintio Vitier (1921-2009) was a Cuban poet, essayist, and novelist. Vitier won the Cuban National Prize for Literature (1988), the Juan Rulfo Prize (2002), and the medal of the Cuban Academy of Sciences. He also received the title of Official of Arts and Letters of France. Upon winning the Juan Rulfo Prize, the award jury called him "one of the most important writers of his generation".****** About the Jack Palance 2006 Auction (from a 2006 article found on the Internet): ******Movie cowboy empties his saddlebags. Jack Palance's collection up for auction at his farm. October 10, 2006|By Diana Morse Of The Morning Call. Auctioneers will put more than 3,000 items collected over a five-decade career by veteran actor Jack Palance on the block Thursday. The auction will be held at Palance's Holly-Brooke farm near Hazleton. Palance, 87, is perhaps best known for his Oscar winning role as Curly in 1991's CITY SLICKERS and his chilling portrayal of the hired gunslinger Wilson in the 1953 western SHANE. The retired Palance is now living in California. Jim Chamberlin of Keystone State Auctioneers reports a lot of interest in the three-day auction.******