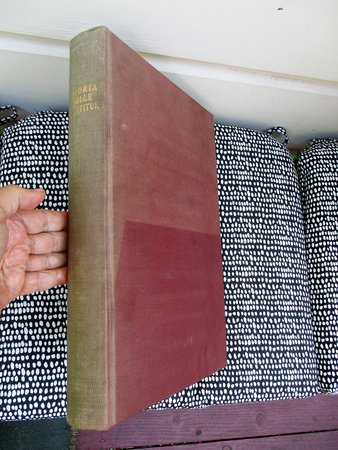 ISTORIA DELLE INVESTITURE DELLE DIGNITA` ECCLESIASTICHE... contra Luigi Maimburgo Con dugento, e quattro lettere parimente non più stampate del medesimo Autore in materie Erudite... Scritta dal PADRE ENRICO NORIS. Published by Alberto Tumarmani, MANTOVA (Mantua), Italy, MDCCXLI (1741). The book is in two parts, the second part containing letters written by the author. Each part is numbered separately. TEXT in ITALIAN with some LATIN. Rebound in Hardcovers, cloth covered boards, gilt title on spine, folio, 9.5x14 inches (24x36 cm) Pagination: [viii], 758 numbered columns (379 pages with 2 columns per page), [1], 380 numbered columns (190 pages with 2 columns per page), [2] pp. Illustrated with 3 beautiful engravings, one each on the title page, the dedication page, and the first page of text; 2 engraved title letters; and some head and tail pieces. Deaccessioned from the Library of MOUNT ST. ALPHONSUS SEMINARY, Esopus, New York. VERY GOOD CONDITION: The recent hardcovers are sunned but remain sturdy and are doing their job well; the top page edges (page edges of the closed book) have some foxing; ex library as noted above, with some library stamps and a label on the title page and its blank verso, and a library card pocket on the rear pastedown; internally there is a bit of rippling, some soiling and a small piece of toned tape to the title page, a bit of foxing here and there, and a crease to the last page; overall the pages are lovely, tight, bright, clean, clear and unmarked. A complete, solid, very nice copy. This lovely and rare book by the CARDINAL ENRICO NORIS has some of the most beautiful printed pages you will ever see, the large white pages with tangible print and several engravings

are gorgeous. About ENRICO NORRIS (from Wikipedia): ****** Enrico Noris, or Henry Noris, b.1631 d.1704, was an Italian church historian, theologian and Cardinal. In 1692 Noris was made assistant Librarian in the Vatican by Pope Innocent XII. The Librarian at the time was Cardinal Girolamo Casanata, who had supported Noris when he was brought before the Inquisition. On 12 December 1695, Noris was named Cardinal-Priest with the Title of Sant'Agostino. In 1700, on the death of Cardinal Casanate, he was given full charge of the Vatican Library. His works, apart from some minor controversial treatises, are highly valued for accuracy and thoroughness of research. Among his most important works are... Istoria delle Investiture delle Dignita Ecclesiastiche.****** About MOUNT ST. ALPHONSUS SEMINARY, from where this book was deaccessioned (from Wikipedia): ******Mount St. Alphonsus Seminary, located in Esopus, New York, was an American Roman Catholic seminary founded in 1907 by the Congregation of the Most Holy Redeemer, more commonly known as the Redemptorist Fathers and Brothers. It operated as a seminary until 1985, after which it became a center for meetings and spiritual retreats for the people of the Hudson Valley in New York. In 2012 the Mount ceased operations.****** INTERNATIONAL BUYERS PLEASE NOTE: This book is large and heavy and will require additional shipping charges. After placing your order you will be notified of the additional charges and be able to accept or reject them before your payment is processed. Or you can contact me to find out the shipping charge to your country. Thanks.