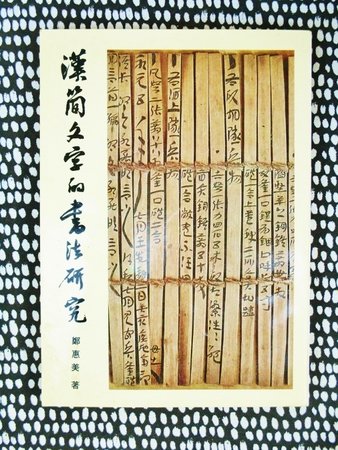 Scholarly Study of CHINESE BAMBOO & WOODEN SLIPS. A Chinese Book, published in China. Text Entirely in Chinese. Many b&w Illustrations. I cannot determine the date, but clearly somewhat recent (probably 1980s or later). Softcovers, 6x8 inches (15x21 cm), 213 pages. The latter half of the book, approximately 100 pages), are entirely b&w illustrations with captions. There are also 4 color plates at the front of the book and 3 fold open tables in the text. VERY GOOD condition, the covers have some creases and rubs from handling, overall just lightly used, still tight, bright, clean and unmarked. I do not speak or read Chinese, so that is all I have been able to figure out, but I have tried to provide enough images to allow those of you who can figure out more to be able to do so. About BAMBOO AND WOODEN SLIPS (from Wikipedia): ******Bamboo and Wooden Slips were the main media for documents in China before the widespread introduction of paper during the first two centuries AD. (Silk was occasionally used, but was prohibitively expensive.) The long, narrow strips of wood or bamboo typically carry a single column of brush written text each, with space for several tens of visually complex ancient Chinese characters. For longer texts, many slips may be bound together in sequence with thread. Each strip of wood or bamboo is said to be as long as a chopstick and as wide as two. The earliest surviving examples of wood or bamboo slips date from the 5th century BC during the Warring States period. However, references in earlier texts surviving on other media make it clear that some precursor of these Warring States period bamboo slips was in use as early as the late Shang period (from about 1250 BC). Bamboo or wooden strips were the standard writing material during the Han dynasty and excavated examples have been found in abundance. Subsequently, paper began to displace bamboo and wooden strips from mainstream uses, and by the 4th century AD bamboo had been largely abandoned as a medium for writing in China. The custom of interring books made of the durable bamboo strips in royal tombs has preserved many works in their original form through the centuries. An important early find was the Jizhong discovery in 279 AD of a tomb of a king of Wei, though the original recovered strips have since disappeared. Several caches of great importance have been found in recent years.******