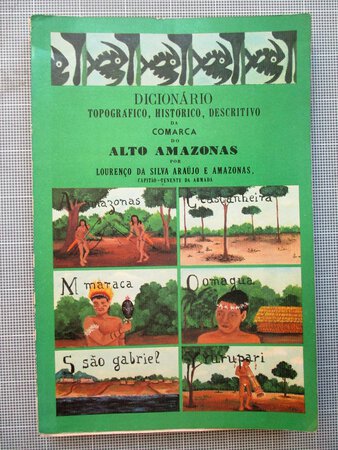 GOOD condition: the covers have some creased corners and the spine is creased and has wear at its ends, internally lightly used and still bright, clean, clear and unmarked.

About the author Lourenço da Silva Araújo Amazonas (from Wikipedia):

******Lourenço da Silva Araújo Amazonas, b.1803 d.1864, was an officer in the Brazilian Navy, ethnographer, and writer of the first novel on the Amazon based on real events.

He did his primary studies in his native province of Bahia and then in Rio de Janeiro, then went on to the navy where he reached the rank of captain. He spent a long time in the Amazon, having studied the Amazon River and its tributaries.