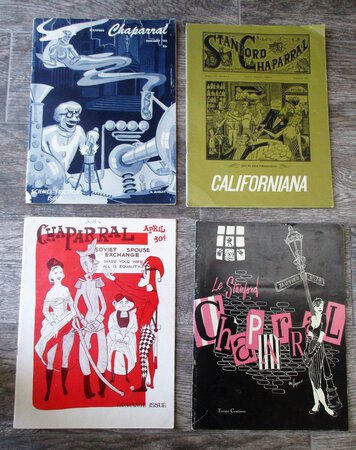 Stanford University student humor magazine, side stapled, 9x12 inches, 32 to 36 pages each. Produced and written by "The Chappies".

Condition: FAIR to GOOD condition: The 1953 issue is splitting at the at the top and bottom 2 inches of its spine fold, and its rear cover has numerous stiff creases; there are initials on the cover of one issue; there are some cover and page creases here and there; otherwise just general signs of handling and use but still bright, clean, and clear.

Ah the good old college days. Or were they?