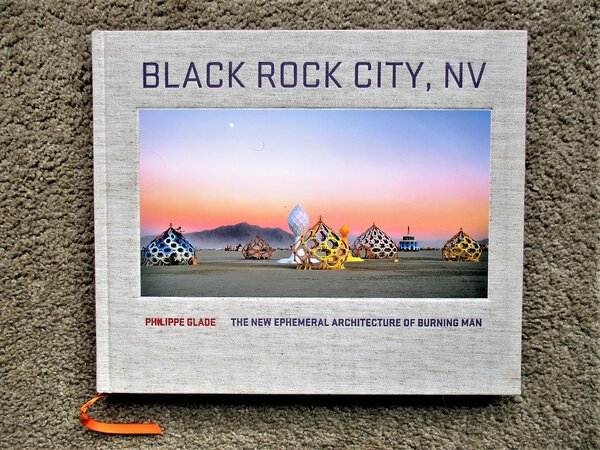 This is the amazing sequel to the 2011 paperback Black Rock City, NV - The Ephemeral Architecture of Burning Man. THIS 2016 sequel covers the years 2011 through 2015, it is wonderfully printed in hardcovers with a photograph set into the front cover. It is a gorgeous publication. (The 2011 book was published in softcovers only)

Illustrated throughout with photographs of the amazing art structures of Burning Man in the years 2011-2015.

Instead of reprinting it, we decided to move on and present an entirely new survey made of 200 new images from 2011 to 2015 where vernacular and perennial solutions coexist along experimental and rule breaking designs, with foreword by Zahid Sardar and essays by Burning Man co founder Harley K. Dubois, Fred Bernstein architecture critic and AIASF architect Glenn Lym.******

INTERNATIONAL BUYERS PLEASE NOTE: This book is will require additional shipping charges. After placing your order you will be notified of the additional charges and be able to accept or reject them before your payment is processed. Or you can contact us ahead of time to find out the shipping charge to your country. Thanks.