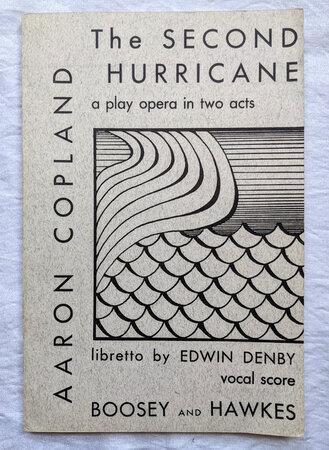 SIGNED, INSCRIBED and DATED by AARON COPLAND on the title page:

Musical score, softcovers, 7x10.25 inches, 112 page score plus 8 introductory pages, including a facsimile of a program for the original 1937 production which was titled: "The Second Hurricane: A Play Opera for High School Children". (I like how "Children" was changed to "Performers" in later editions.) There is a long tradition of great composers writing operas to be performed by young performers.

RARE with the SIGNATURE and INSCRIPTION of AARON COPLAND from 1972, and the Association to the notable NY Philharmonic supporter Martin Riskin.