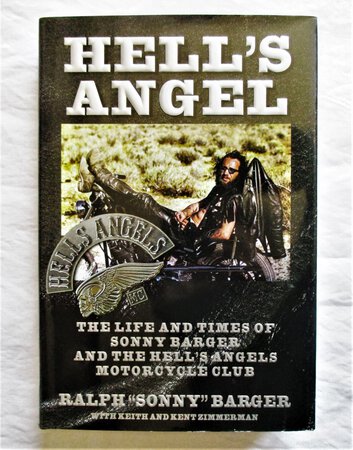 HELL'S ANGEL: The LIFE and TIMES of SONNY BARGER and the HELL'S ANGELS MOTORCYCLE CLUB. By Ralph "Sonny" Barger, with Keith and Kent Zimmerman.

SIGNED and INSCRIBED by SONNY BARGER on the half title page: "To Chris & Shanda / Sonny".

ALSO SIGNED on a laid in newspaper article about the book. The article is cut from a July 14, 2000 issue of the San Mateo Times. It is signed "Sonny" over his picture.

Condition: NEAR FINE book, tight, bright, clean and unmarked; in a NEAR FINE dustjacket.