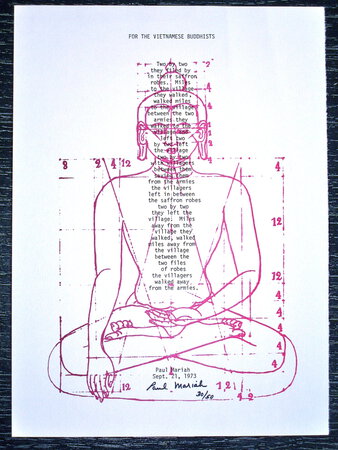 BROADSIDE Poem SIGNED and numbered by PAUL MARIAH, #31 of 50 copies. Finely Printed by [ManRoot Press, San Francisco], September 21, 1973. First Edition Limited to only 50 Copies. Single Sheet Broadside, 8.5" x 11", Textured artist paper, printed in purple and black. NEAR FINE CONDITION: Excellent, bright and clean with only a hint of toning to the edges.