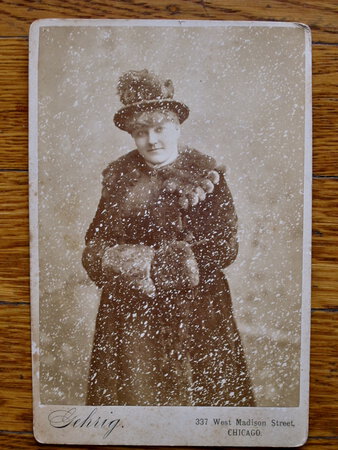 Amy Gordon was the Prima Donna of her own Musical Theater Company, The Amy Gordon Opera Company. An accomplished artist she was active from the late 1870s through the 1890s. She performed with various entertainment organizations including the D'Oyly Carte Comedy Opera Company, W.C. Mitchell's Pleasure Party, Rice's Surprise Party Theater Company, Grenier's, and the Bijou Comic Opera, performing grand burlesque comic extravaganzas at iconic venues across the United States from Broadway to Chicago, San Francisco, London, and the British provinces. She was married to fellow entertainer W. A. Morgan sometime in the 1880's until his untimely death in 1888.