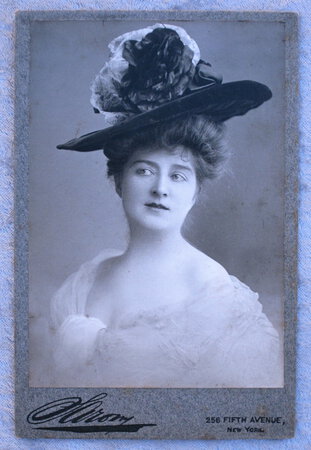 New Yorker Alice Johnson (1860-1914) was a successful Broadway singer, actress and burlesque entertainer active at the end of the 19th century. Her mother-in-law was the famous actress Rose Eytinge.

VERY GOOD Condition: written in pencil on the back of the card "Nov. 1905 / Alice Johnson", light signs of age/wear, otherwise a bright and clean image.