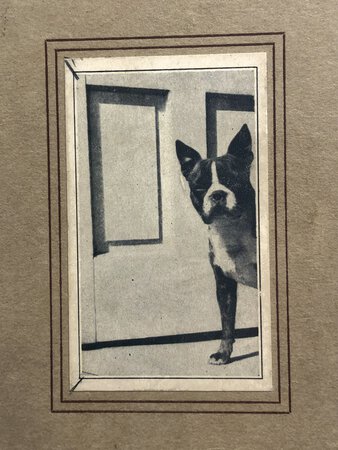 This 1922 work is noted for being the first American book to address the taboo of publicly mourning a pet dog who has died.

A delicately composed eulogy to a departed pet. This is the story of a beloved canine companion, Joffre, whose death brought on a great melancholy in his guardian William. Joffre was a loving, spirited Boston Terrier whose maternal grandfather was a French Bulldog. Throughout the Victorian era, candid public expression of grief over a "mere" dog was considered improper so, there were no public rituals, funerals, or wakes to commemorate a pet's death. By sharing his story of loss William Pedrick bears witness to the importance of mourning and grieving a pet while successfully arguing against the social stigma. A truly beautiful testimony to the importance of a dog's life and a moving farewell gift to a cherished companion.