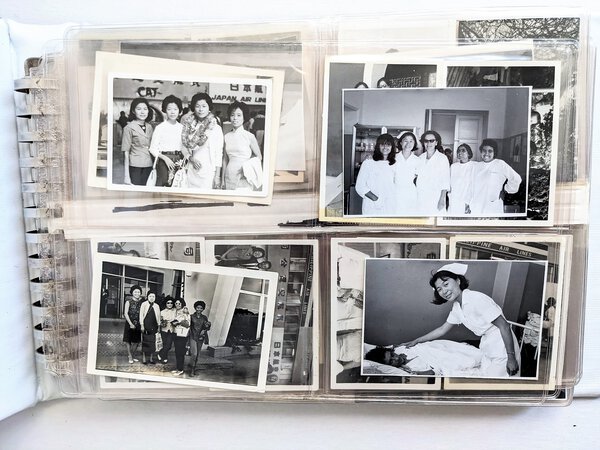 Approximately 100 snapshot photos, most around 3x4 inches. Almost every photograph has information written on the backside, in CHINESE and some in ENGLISH. Most of the photographs are of the nurses with various people, in and out of their nurse uniforms. The backside of many of the photos state Tripoli, Libya and are dated from 1965-1968.There are also some photographs of the nurses in other cities, including Rome and San Francisco, perhaps en route to or from their time in Libya, not certain.

Though there are no photographs of the nurses at work in hospitals, there are many with various individuals in Libya, including doctors, nurses, and various Libyan people, possibly patients. Somewhat like a photo album of a long visit to Libya.

An interesting look at a group of Chinese nurses in Libya in the 1960s.