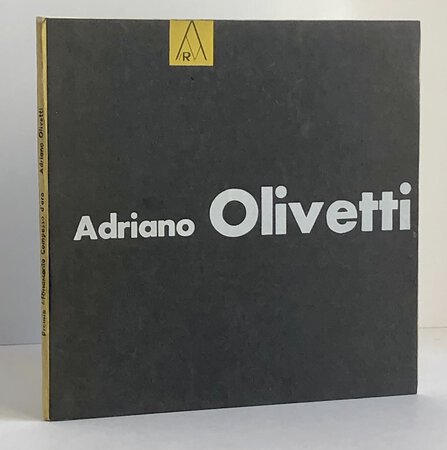 Adriano Olivetti (Italian, 1901-1960) Influential Designer and Industrialist, renowned manufacturer of Olivetti typewriters, calculators, accounting machines, and computers. Intellectual, politician, social innovator and pioneer of urban planning, his community based social reform projects centered on the idea that profits should be reinvested for the benefits of the whole society which are recognized today as one of the most advanced models of sustainability.